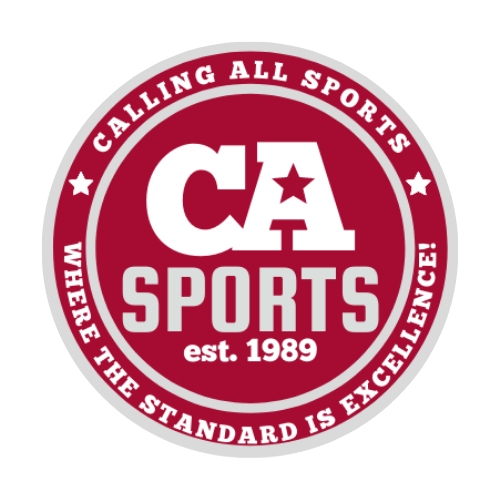 When Calling All Sports was launched in 1989, little did those who were closely connected to the vision have any idea where the venture would lead. Inspired by his father E.C. “Buttermilk“ Johnson, Ronnie Johnson, a three-sport athlete, and local legend, cherished his dad’s love of sports and sporting goods. For each Christmas, the kids David, Jeff, Ronnie and Jeronda were showered with gifts from the local sporting goods store, Sington Sporting Goods. What started out as a sporting goods store and the love of the Alabama Crimson Tide football team, Ronnie had a vision to sell University of Alabama merchandise at home football games. Through David’s inspiration and unwavering enthusiasm, Ronnie and David attended, set up, and sold merchandise outside of historic Legion Field in 1990, as well as in Tuscaloosa for the first time later that year. David and Ronnie, both educators with continuing education, only Ronnie continued to attend the games to sell the merchandise. It was ever evolving, starting with Coach Gene Stallings and ending with current head coach Nick Saban.

Through our efforts, we were able to raise thousands of dollars through royalties by the sale of University of Alabama officially licensed products. Over the years, we expanded and now sell Auburn, all SEC teams, NCAA, NFL, NBA, and MLB. Special thanks to Ethan, Sean, Ella, Lily, Landyn, Jayden, Kelby, Vicki, and Kim for all the hard work in all aspects of the business from receivables to shipping. We were able to attend approximately 170 football games in Tuscaloosa, AL. Our last year at the Capstone was the 2018 season culminating in twenty-eight (28) years of selling merchandise in Tuscaloosa.

If you purchased something from us or think you did, we want to hear from you. We dedicate this website to all the fans who bought from us on game day. Through the years, CA Sports has sold to high schools and youth teams a variety of sporting goods.

Please contact us for a quote! We at CA Sports will continue to pride ourselves on selling quality products where the Standard is Excellence!

Where the Standard is Excellence.